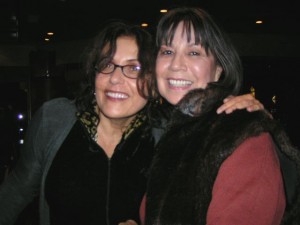 There is nothing sadder than an unmarried woman. It breaks my heart to see her strolling through the shopping malls, miserably buying exactly what she likes. It’s an empty life – spending her money and her time as she chooses without worrying what anyone else thinks, needs or wants.

Single women are so wrapped up in themselves, you have to feel sorry for them. They don’t have to check with anyone if they decide to see a movie instead of coming home for dinner. They don’t fight with anyone over bills, the color of the living room carpet or at whose house they’ll spend the holidays. It’s a pretty pathetic picture.

Everyone should be married. No one should be allowed to escape the wonderful experience with its various adjustments: The realization that Prince Charming is not just ordinary – he’s downright strange. Think of the character built on the humiliation of hearing him tell the neighbors what you look like when you’re putting on your pantyhose.

But the fulfillment comes after several years when you realize your love and respect for him are about as thin as his hair – and likewise growing thinner day by day. The wonder of how a man with a master’s degree who commands a multimillion-dollar budget at work becomes a helpless child when he learns you have to work late and won’t be home to cook one evening. The peaceful smile of a guy who has the patience to sit in a boat for three days (catching nothing), but cannot wait 10 minutes in a store while you try on a dress that’s 50 percent off. Those warm conversations about why it’s reasonable for him to spend top dollar on tools he seldom uses, but it’s out of the question for you to buy good-quality cookware even though you use it daily.

Marriage is worth it all. Every night’s sleep disrupted by his snoring and every pair of dirty underwear fished out from under the bed pays off at the 25th wedding anniversary party: He didn’t mean to insult you; is it his fault you gained 20 pounds after bearing four children? (Remember how his belly shook and the seams of his pants strained when he bent over to slap his knee?) After all, aren’t you a better person for having stretch marks and sagging breasts – the products of your childbearing years?

Reflect upon that romantic night when he proposed, the devotion in his voice, the lustful gleam in his eyes. How were you to know that in a few short years only his boat would receive the same adoration? Could anything match the restraint of your father, who has never once said, “I told you so”?

You just have to look at the unmarried woman to see how unhappy she’s become. She knows where everything is in her kitchen; there’s always toilet paper in the bathroom; she’s wearing clothes no teenage daughter has ever touched. If she were married, she’d look like the rest of us – worn out, stressed out and stretched out.